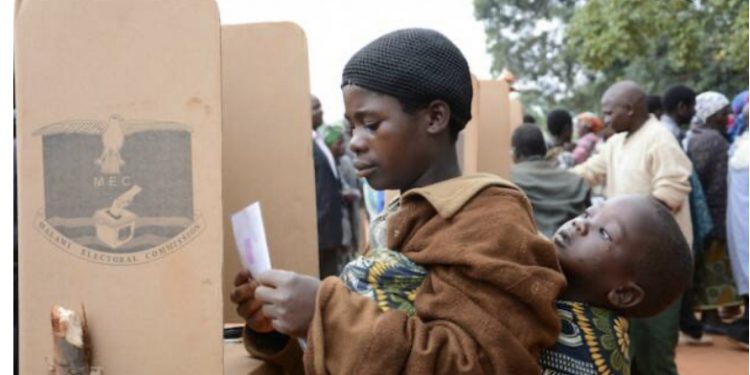 The Malawi Electoral Commission (MEC) Chair person Justice Chifundo Kachale said all the constituencies have received ballot papers and distribution to polling centres is in progress.

He added that deployment of staff is also in progress and the commission remains optimistic that this will be done in schedule to beat the dead line .

Kachale indicated that there was a deficit of trucks about 226 but this has now been sorted.

The Commission has distanced itself from m posters circulating on social media distorting voter information by guiding voters to vote for a particular candidate.

Political Parties have also been advised and all electoral stakeholders that Today Monday, there will be pre-inspection of electoral materials and they should be available.

Justice Kachale also said that the process shall proceed even if the party monitors or observers are not around and therefore they should keep time.

He clarified that, District Commissioners will prepare the district summary result sheets in the presence of party monitors and observers.

He says Mec has not recruited any roving monitors because they are not recognized under the law.

The Mec Chairperson has therefore advised party monitors and observers to desist from moving from one centre to another.

He however stated that in
Chitipa, it will depend on who the Civil Service
allocates as District Commissioner.

This follows the death of the District Commissioner there.

On tabulation of results he said the results will have to be put on notice boards at all centres so that party monitors and all stakeholders have results at hand, before the
results are taken to the Commission.