LAWYERS TO MARCH IN DEFENCE OF JUDICIARY FREEDOM 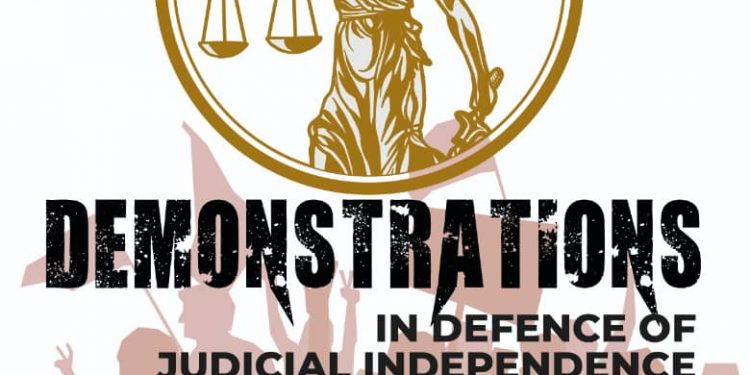 After a recent Press Briefing by the Magistrates Association of Malawi in Blantyre, in protest of Government interference in judicial affairs, lawyers in the country are holding demonstrations on Wednesday to push government and President Prof. Peter Mutharika to swallow their pride and avoid interfering with judicial matters.

The recent forced retirement of the Supreme Court Chief Justice Andrew Nyirenda has received condemnation from both Local and international Legal Associations including the Commonwealth, SADC and other bodies at large.

The demonstrations are therefore in defence of the Judiciary and rule of law and will be held in Blantyre, Zomba, Mzuzu and Lilongwe.

“This is not only in line with our constitutional right but further it is our duty to defend the institution which safeguard our existence as a law profession,” reads part of their notice addressed to the Inspector General of Police and police chiefs in the four cities.

Chief Secretary to the Government Lloyd Muhara wrote a letter to Justice Nyirenda and Twea last week telling them to go on leave pending retirement.

Justices Twea and Nyirenda were part of the seven-judge panel of the Supreme Court of Appeal that upheld the nullification of the 2019 presidential election in which Mutharika was declared winner.

The elections were first nullified in February 2020 by the High Court of Malawi sitting as a Constitutional Court which found that the polls were marred by unlawful and unconstitutional actions as well as irregularities.