by Alick Chisi
in Entertainment, Movie
0 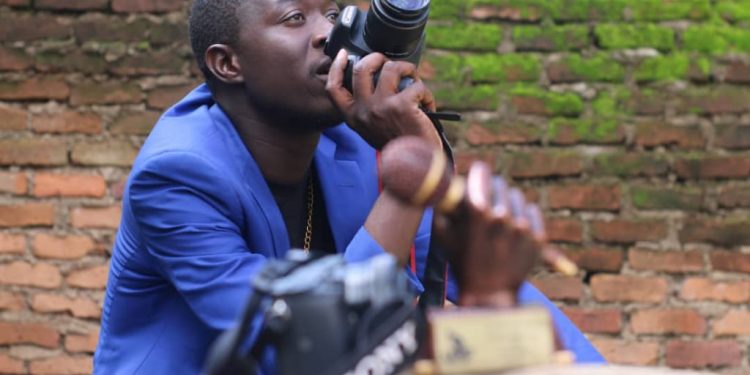 1
SHARES
146
VIEWS
Share on FacebookShare on TwitterShare on Whatsapp

One of the country’s renown video directors VJ Ken has commended the current Malawi’s video standard claiming that the country is really making strides on video shooting, editing and quality.

In an interview with Malawi Metro News, VJ Ken who was born Kenneth Makina said some past few years the country has been trailing behind the international standard of both video shooting and editing.

The award winning video director who shot the popular Zoe song by Shammah Vocals said the fact that it took so long for Malawian videos to start making noise on international television channels, symbolized that the country’s video industry was dull and dormant.

He however said it is now pleasing seeing videos shot and edited by Malawian video directors enjoying plays in most top international television channels a development which he said should not be taken for grunted.

The video jockey further added that he is so enthusiastic with the step Malawian video producers has taken in as far as videos quality is concerned claiming the concerted effort has helped him to as well farther his production skills.

“Well, Malawi at large is making improvements on video shooting and quality and fellow Video Directors should pat their back for the good job being done though we are not yet there, but for sure we are really not on that same level.

However, the camera giant who is also managing Autofocus firm said all video producers in the country should never get satisfied with the current video standard claiming they should keep on dreaming big about the industry.

“Am not just saying about the improvements, you can see that Malawian videos are now viewing on international channels, for instance videos shot by myself are being viewed on Trace, One Gospel, Channel 0 just to mention a few and this can tell you something,” said VJ Ken.

The self styled video producer then urged his fellow men in arm to also learn more from international video directors saying that could further raise the country’s video quality’s bar.

“Fellow producers, this is the time we need to raise the Malawian flag on international television channels and let me tell you one secret, you need to see and learn more from international producers’ work, lucky enough we have Google which can help us more.” Advised VJ Ken.

Makina then encouraged all videos producers in the offing to pull up their socks but however advised them not to be so desperate adding that doing so they may end up damaging video industry’s reputation.

In 2018, Kenneth Makina who is from Mwanza district won best producer of the year award curtsey of Urban Music Person (UMP) awards.