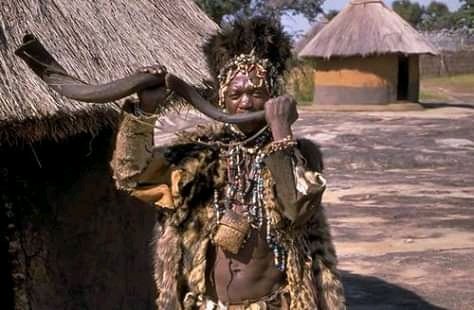 0
SHARES
77
VIEWS
Share on FacebookShare on TwitterShare on Whatsapp

The Lilongwe Principal Resident Magistrate’s Court has convicted and sentenced a 29-year-old man to two years imprisonment with hard labour for abducting a 12-year-old girl through magic.

The convict, Frank Benard, was found guilty on his own plea on Monday.

The court, through State Prosecutor, Superintendent Patrick Chambuluka, learnt that Benard, a resident of Mtandile Township, travelled to Phwetekere Market in Area 36 on May 25 this year.

The convict is said to have approached two girls who were loitering around the market.

According to Chambuluka, Benard produced a bottle and sprinkled some charms on one of the girls’ face.

Immediately, he started making his way back home and the victim followed him up while under a spell.

The court further learnt that the convict led the abductee to a strange woman’s house in Mtandile after an approximately 15 kilometre walk.

The victim spent a night and managed to escape the following morning and got stranded along the way.

Some well-wishers took her to nearby City Mall Police Unit before she led the police to her abductor.

In his trial, Benard admitted to child abduction, contrary to Section 78 Sub-Section 1 of Child, Care, Protection and Justice Act of 2010.

In his mitigation, he asked for forgiveness, saying he would never cast any spell with intent to abduct.

However, Chambuluka prayed that the court should hand the accused a lengthy jail term, arguing he was answering a serious case which attracts 10 years in jail as a maximum sentence.

The state prosecutor further submitted that Benard had subjected the victim, who is in Standard 3, to mental torture and failed to safeguard her rights hence deserving a harsh punishment.

He, however, took into account that the accused was a first offender and went on to convict and slap him with 2 years imprisonment with hard labour.