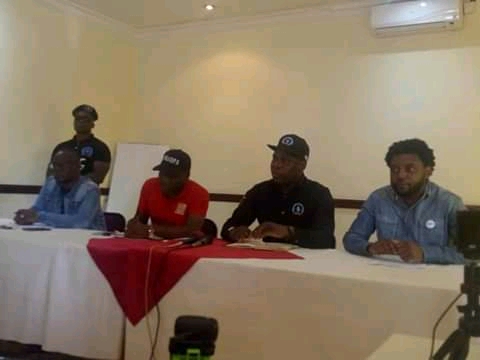 0
SHARES
56
VIEWS
Share on FacebookShare on TwitterShare on Whatsapp

HRDC chairperson Gift Trapence says the coalition will mobilise three million people for the march from Wednesday to Friday. HRDC leaders said this at a press briefing held in Lilongwe.

The coalition has faulted Mutharika’s State of National Address (SONA) particularly for alleging that people who claim that the office of the president will be vacant by July 3 if there will be no elections will be guilty of treason.

They have also demanded an immediate resignation of MEC chief elections officer Sam Alfandika and the TechnicalTeam, saying that they should not be part of the the team to manage the election. Trapence bemoaned the SONA presented by the president that it was mere intimidation to democracy Malawi fought against colonialism.

Political analyst Ernest Thindwa from Chancellor College agreed with Trapence that the SONA was a true reflection of a dictatorship leadership that wants to cling to power and to frustrate elections coming on a date to be agreed by Parliament as the parliamentary proceedings are currently under way.