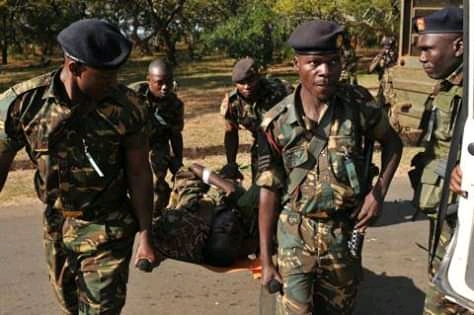 Four Malawi Defense Force ( MDF) soldiers have sustained various injuries after a vehicle they were travelling in overturned along Kasiya road in Lilongwe.

It is said that the four were travelling in a Nissan March Saloon, registration number MC 5818 which was being driven by Private Ng’ambi.

As they were heading from Air Wing Campus towards Air Wing junction, the driver failed to negotiate a bend due to speeding. He ended up losing control, and the vehicle overturned, leaving the four with various degrees of injuries.

The vehicle got extensively damaged.

Meanwhile, police are appealing to all drivers to observe traffic rules and regulations to avoid accidents.