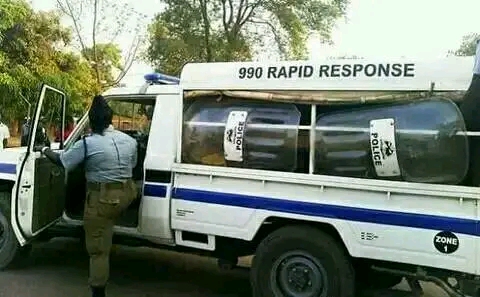 Following a robbery case at Kasungu Standard Bank on the night of 27 October, 2022 where a security guard was murdered and cash amounting to K31, 476, 000.00 was stolen, the Malawi Police Service set up a special team of police detectives to investigate the robbery that revealed that it involved a gang of four suspected hardcore criminals.

The other two suspects are Chifundo Kamkaka Mpinganjira, 42, of Jiya village, TA Somba in Blantyre and Binali Mataka, 41 of Kapiri Village, TA Chimwala in Mangochi.

Police investigations have found that the gang, apart from the Kasungu robbery, is also connected to the following robbery cases:

A robbery case at First Capital Bank- Dwangwa Trading Centre on the night of 24 October, 2022 where they stole cash amounting to MK165,500 and other valuable items.

Meanwhile, Police investigations continue to arrest all those connected to this criminal syndicate.