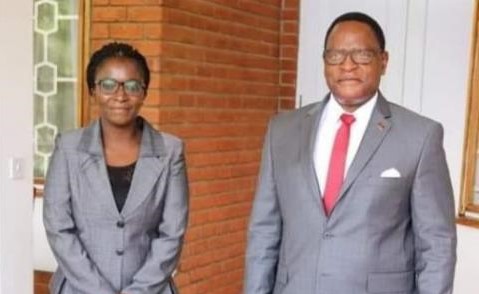 President Lazarus Chakwera has faulted the Anti-Corruption Bureau (ACB) over its decision to share its report with Speaker of Parliament Gotani Hara and Chief Justice Rizine Mzikamanda, saying there is no law requiring the bureau to submit reports to heads of Parliament and Judiciary.

Chakwera’s remarks have led to concerns that he may fire ACB Director General Martha Chizuma since he also warned her in January over her conduct.
Chakwera last month requested a report from ACB on its investigations into corruption suspect Zuneth Sattar.
Last night, Chakwera announced key findings from the report which indicates that 84 individuals allegedly received money from Sattar in 2021, including 13 that the bureau says have been extensively investigated to the point of concluding that they conducted themselves corruptly in dealing with the businessman.

The 13 include Vice President Saulos Chilima but ACB gagged Chakwera from releasing the report to the public “to allow for proper and full investigations to determine their culpability if any and to avoid prejudicing people who may otherwise be innocent.”
Chakwera said he appealed to the ACB to provide the report based on the Corrupt Practices Act which states that the Bureau’s “Director shall submit reports to the President and to the Minister regarding the general conduct of the affairs of the Bureau.”
However, upon reading the report, Chakwera learnt that the bureau had also shared the report with the Chief Justice and the Speaker of Parliament.
He said he finds this decision by the bureau to be irregular because it dishonours the principle of separating the powers of the Executive Branch, to which the bureau reports, from the powers of the Judiciary and the Legislature, which exist for different functions.
“Secondly, I find it irregular because I know of no law that authorizes the Bureau to submit reports to the heads of the Legislature or of the Judiciary for private use.
“Thirdly, I find it irregular because the Bureau already stated in the report that it cannot release the list of individuals implicated by the report to the public to avoid prejudicing people who may otherwise be innocent, and yet the same Bureau has already gone ahead to release the report to two other public offices that are not bound by law to keep it confidential.
“Fourthly, since the Bureau has said that it fears that reading the report may lead to prejudice, it should have avoided potentially prejudicing the Chief Justice most of all, considering that the cases under investigation will be tried before the Courts and may very well end up before the Chief Justice and the Supreme Court for independent appeals,” said Chakwera.
The ACB has said in the report, according to Chakwera, that the reason it has released the report to the Chief Justice and the Speaker is to be accountable to the public and sustain its trust.
Chakwera, however, argued that he fails to see how giving the report to two people for their private reading sustains public trust.
“If the Bureau is serious about sustaining public trust without prejudicing anyone against the individuals under investigation, the best would be to release a version of the report without the list of the names of those the Bureau has not finished investigating. If the Chief Justice and Speaker have the right to read the report without prejudice, then so do all Malawians. That is my view. But in the end, it is the bureau’s decision,” said Chakwera.
He added that it is right for him to demand to demand higher standards of the Anti-Corruption Bureau since the Sattar investigation is serious and sensitive hence “requires skillful hands and a cool head, to avoid rookie procedural and strategic mistakes.”nue doing my part until this long battle is won,” Chakwera said.
His remarks have led to speculations that he may fire ACB Director Martha Chizuma whom he also warned earlier this year after a leaked audio revealed that she had been discussing the Sattar
“What Malawians deserve from the Bureau is substance that makes a difference in pursuit of justice, not just suspicion that makes the headlines. And towards that end, you can count on me to contiinvestigations with a friend.
“I have a feeling that they will try to use this as an excuse for firing Martha – but that’s my feeling. The President’s speech concluded without any decision on the ACB, despite his severe displeasure,” said activist Onjezani Kenani.