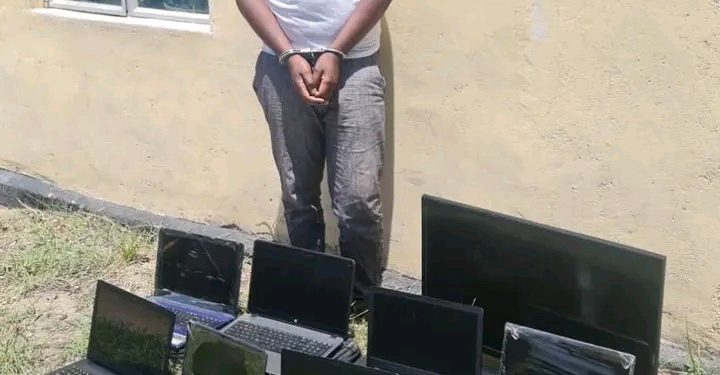 Police in Mangochi have nabbed a third suspect who was on the run after committing various offences in January this year.

The Police have in the process recovered stolen items like laptops and plasma worthy K2.5 million.

The suspect Edward Mayeso, 31 and two accomplices who were on February 2, 2022 convicted to 15 years imprisonment with hard labour broke into different houses and went away with the items.

On the morning of January 28, 2022, the trio who came from Lilongwe also broke into two houses at Mgundaphiri Village when the owners were not around.

The matter was then reported at Mangochi Police Station who swiftly responded to the alert and successfully arrested the two convicts and recovered some of the stolen properties at Makawa Trading Centre.

Mayeso vanished using unregisterd Toyota Passo which the trio were engaged during their operations.

He has been arrested in Kasungu District where he was hiding and led the detectives to Lilongwe where they have recovered eight laptops and 32 inch plasma.

Meanwhile some of the stolen properties have been identified by owners.

The suspect will appear before court to answer charges of house breaking and theft which contravene sections 309(a) and 278 of the Penal Code respectively.