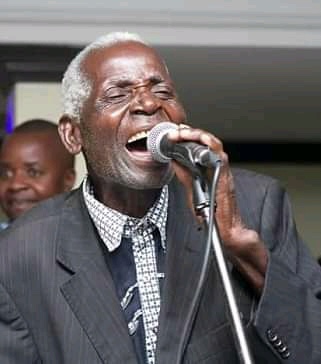 Veteran musician Giddess Chalamanda continues to shine with his classic tune Linny as it continues to buzz on international platforms.

The 91 year old is trending with the Mashup rendition of the ballad which features Zambia based Malawian singer patience Namadingo.

Linny has amassed close to 100 million views on Tiktok, making it the most streamed Malawian song on the platform this year.

The euphoria surrounding the song does not show any sign of death as hundreds of people from other countries continue to film themselves dancing to the song.

Some people have been tempted to produce the Amapiano version of the song.

South African Musa Mathebula has tipped the Chiradzulu born legend to claim the prestigious Grammy award with the song.

“Mr Giddes Chalamanda from Malawi, this madala will win a Grammy at 91. His song Linny Hoo is penetrating the all over the world like Jerusalema,” said Musa.

At the moment, the reggae mashup which accommodates Linny has more than 6 million views on Youtube. The mashup also has Chalamanda`s other popular songs Buffalo Soldier and Chemeli.