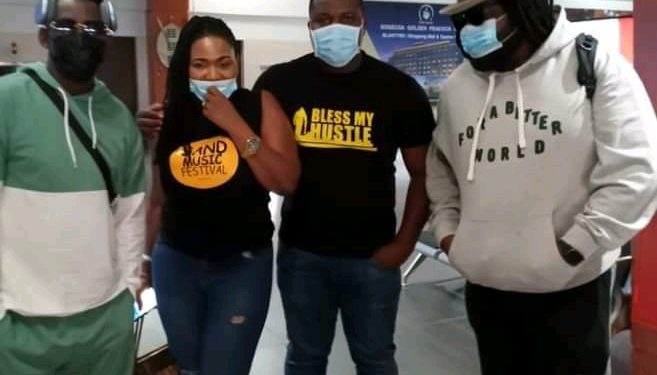 One of the Jamaican musicians Gramps Morgan has arrived in the country ahead of the sand music festival scheduled to take place from October 1-3 at Nkopola Lodge in Mangochi.

Gramps returns to Malawi for the first time as a solo artist having previously performed twice as part of the Morgan Heritage.

Speaking at the airport, He expressed Joy to be headlining the festival and promised his fans a good show as he will be dishing out songs from his latest album titled Positive Vibration.

Along with Morgan is Ugandan gospel artist known as Levixone who has also promised fireworks on the last day of the festival on Sunday.

Managing Director for the sand music festival 202, Wendy Harawa, said fans should expect the festival to live to its billig
.
More international artists are expected to arrive on Wednesday and Thursday respectively.