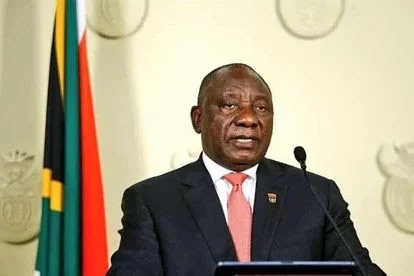 The South African Defense Forces (SANDF) confirmed on Monday that it had deployed soldiers to both of President Cyril Ramaphosa’s homes, in Pretoria and Cape Town.

This was in addition to the presidential protective benefits.

“The presidential residences are regarded as national key points, that is why our soldiers are deployed there,” he said.

Asked whether there were imminent threats compelling the soldiers’ deployment and whether it was not the presidential protective unit’s responsibility to provide security to the president, Mgobozi said: “All national key points are protected by us until we receive instructions to go back to the bases.”

He did not provide details on the cost for this exercise, nor did he respond on who authorised the deployment.

Presidency spokesperson Tyrone Seale said: “The Presidency will not comment on the security matters of the President.”

“The deployment of naked power and brute force is a clear indicator of weakness. It is not proof of power. Power is with the people and not with the military. Second, the military’s main function is to protect its people. This is why we call it a defence force. Once it is deployed to deal with so-called unrest, you turn it into the enemy of the people.

“The silence of the middle-class is not surprising. When it has lost its legitimacy, it relies on brute force. And, as we have seen, this brute force is unleashed on the poor. We are in a bad state, rudderless and without leadership that can unite all of our people,” said Seepe.

The deployment of soldiers received further criticism after it emerged that soldiers were roaming the SABC offices.

The Communications Workers Union called for the immediate withdrawal of the soldiers from the public broadcaster, saying they were seen as curtailing media freedom.

The union’s secretary, Aubrey Tshabalala said it was concerning to see soldiers there.

“This decision must be reversed completely. If they do not do that, then we will do what we did last week and approach the portfolio committee.

“The thing that we need to see, even if they do not withdraw the decision, is for the SABC to come back to the table and explain to us the decision that it has taken. This will enable us to go back to the workforce and explain why they (soldiers) were there in the first place – whether we agree with it or not, we need an explanation,” said Tshabalala. The Broadcasting, Electronic, Media and Allied Workers Union, meanwhile, challenged the SABC and the government to explain why the army had to enter the building without police, if they were there to protect the offices.

“Although the government is entitled to protect its national key points, there is no need for the army to be in the newsroom,” said union president Hannes du Buisson. “The SABC initially denied the presence of the army. We say if they are there to protect the building, then they must remain outside.”

SABC board chairperson Bongumusa Makhathini on Monday admitted that the army had been spotted in some of the newsrooms.