“WE ARE GOING TO DEAL WITH THOSE PIGS,” VOWS MUSEVENI AFTER MINISTER’S FAILED ASSASINATION 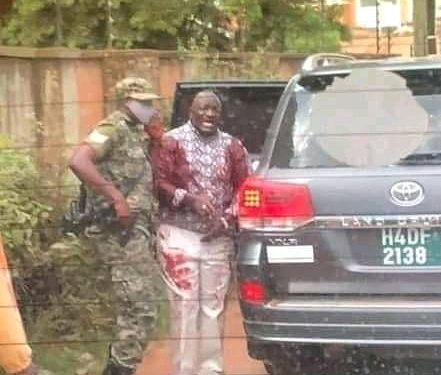 In a statement following the incident, the president described the gunmen as “pigs” whom he said will be tracked down and arrested.

“The pigs who do not value life shot at Gen. Katumba killed his daughter and driver and injured him. Condolences on the loss of the two Ugandans,” Museveni said.

“I talked to Gen Katumba twice on the phone. He is being well-managed. We shall defeat the criminals as we did in the past. We already have clues to those killers.”

Just like in a number of other unresolved incidents involving high profile government officials killed over the years, the assailants moving on motorcycles opened fire on the former Chief of Defence Forces’ UPDF land cruiser vehicle in Kisaasi, a leafy Kampala suburb.

The bullets sprayed on both sides of the vehicle killed the driver and the UPDF general’s daughter instantly whereas Gen Katumba escaped with injuries.