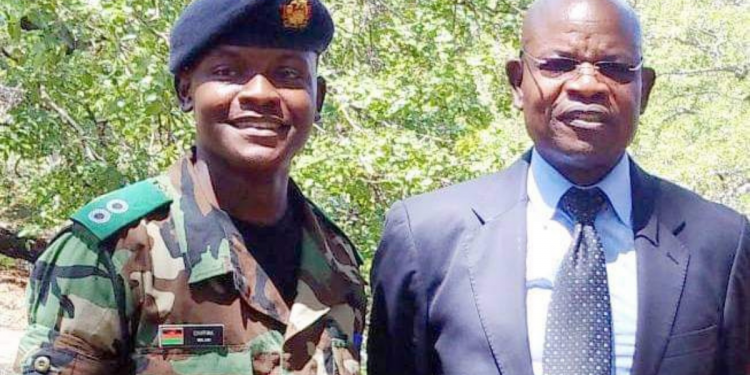 The Malawi Police service, jointly with Military Police are investigating an incident where an MDF soldier is alleged to have been assaulted by police on the night of March 3, 2021.

Inspector-General of Police George Kainja has confirmed after we forwarded to him a clip, which has gone viral, showing police officers assaulting someone at what appears to be a drinking joint. The victim is Captain Marcel Chirwa Jr – a soldier in MDF.

His father Brigadier (retired) Marcel Chirwa senior, who is also former Malawi’s ambassador to Kenya wrote on his timeline:

“My son (Marcel) is heard pleading with the killers but they could not stop. I thank those that captured this clip at the time it happened on the evening of 3rd March 2021. The defenseless son was found at a drinking joint after 8pm”.

In an interview Chirwa, the father, said he is extremely disappointed that his son was nearly killed in the name of enforcing Covid-19 guidelines.

“It is better someone dies with Covid-19 than police brutality. I am heartbroken.

His brother, in Kenya, was killed almost in the same way. He is only 30-years-old and he must be allowed to live his life in full” said Chirwa, who indicated that he has personally written the IG expressing his disappointment.