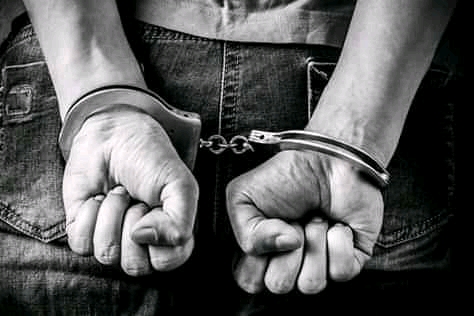 The Chief Resident Magistrate’s Court in Zomba has sentenced a prison warder, Steven Ching’anda, 35, to 2 years imprisonment with hard labour for being behind the supply of SIM cards to prisoners.

The court heard through Eastern Region police prosecutor, Asma Katete that Airtel Malawi was going through its records to trace numbers which were involved in the fraudulent Airtel Money transactions.

Following the exercise, the company discovered that there was one identity card which was used to register 60 SIM cards which were showing that they were being used inside Zomba Maximum Prison.

Katete further told the court that after thorough investigations, police found that one Mphatso Milonde was the one sending the SIM cards to her husband Patrick Banda (prisoner) through the prison warder, Ching’anda.

Ching’anda was then arrested and charged with two counts.

When he appeared before court, he pleaded not guilty to the charges leveled against him, prompting the state to parade Banda (the prisoner) and his wife, Mphatso as some of the state witnesses who proved the case beyond reasonable doubts.

In his submission, Katete asked the court to give a big custodial sentence saying the accused deliberately breached the trust of his employer and that the scheme had led to defrauding of lots of mobile money users.

In mitigation, Ching’anda pleaded with the court for consideration, saying he is a first offender.

Passing judgement, Chief Resident Magistrate Mzonde Mvula concurred with the state and sentenced Ching’anda to 3 months imprisonment with hard labour on first count of introduction of prohibited articles into the prison and 2 years for the second count of abuse of office.

Both counts to run concurrently effective the date of his arrest.

He hails from Mchezi village in the area of Traditional Authority Mponda in Mangochi District.