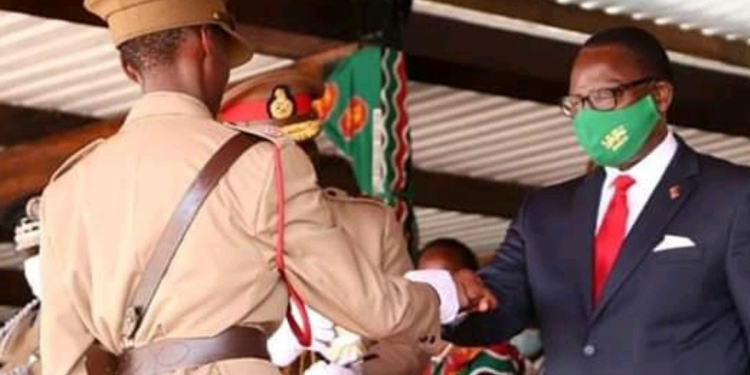 The Malawi leader said this on Friday at Malawi Armed Forces College (MAFCO) in Salima during the commissioning of officer cadets.

The Vice President Dr Saulos Chilima and Leader of Opposition Kondwani Nankhumwa were also in attendance.

President Chakwera said as MDF’s Commander- In- Chief he receives reports on daily basis regarding the conduct of the MDF when they are on peace keeping missions as well when working locally.

“As Commander-In- Chief of the armed forces I receive regular reports of the conduct of our soldiers during peace keeping missions worldwide and I could not be prouder.

“Similarly here at home we have all borne witness to the critical role played by Malawi Defence Force in protecting civil liberties and Constitutional rights of hundreds of thousands of Malawi citizens who took to the streets to protest the May 2019 Presidential Election results,” said Dr Chakwera.

The President also praised MDF for remaining neutral and not getting involved in domestic affairs.

“The success of neither the Malawi Defence nor its leaders stems in large part from the resolve of those in its ranks to remain apolitical.

Your clear demonstration of ideological neutrality and none interference in domestic politics has been key components of how effective is system of democratic control of the armed forces,” said the Malawi leader.