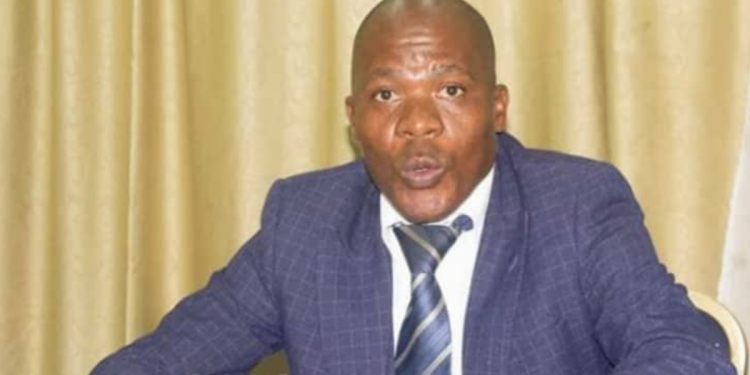 The Centre for Democracy and Development Initiatives [CDEDI], says the Tonse Alliance government needs to know that it is setting a very bad precedent in the way it is handling public service, demanding that Vice President, Dr. Saulosi Klaus Chilima explain his unceremonious firing and suspensions of public officers as part of his public reforms agenda.

CDEDI says Malawians are demanding explanations from Dr. Chilima as he acted as a whistleblower during the previous DPP regime, but has gone oddly quiet and will not reveal the contents of the pact he signed on behalf of the UTM party.

The organization is reminding President Dr. Lazarus Chakwera that political and legal powers accorded to him under Section 12 of the Republican constitution, derive from the people of Malawi expressing hope that the president will respond to the issues in earnest, and as his obligation to serve Malawi.

This is contained in a statement dated 01 December 2020, with the subject: Malawi showing signs of a failed state and absent leadership, signed by its Executive Director, Sylvester Namiwa.

In the statement, CDEDI says it has noted with regret that Malawi is showing all the signs of a failed state, and absent leadership of President, Dr. Chakwera, saying already the president seems to have declared a free for all kind of style of leadership where some of his close allies have now captured him and are calling for the shots.

Namiwa: Malawi is a failed state

CDEDI in collaboration with the Indigenous Business Association of Malawi [IBAM], the Blantyre Small Scale Business Operators, the Common Path Organization [COPA], the Mzimba and Mangochi Civil Society Network and the Centre for Young Leaders in Africa, have teamed up to echo the warning by Monsignor Boniface Tamani of the Archdiocese of Blantyre that the community should never expect peace where there is no justice, let alone where there is selective application of justice.

The organization is challenging President Dr. Chakwera and his Tonse Alliance government that CDEDI will not stand and watch his government slowly turning the country into a one–party era of darkness, fear, terror, and death, it will not sit back and suffer in silence, people want Malawi for all regardless of peoples’ social economic status, religious, tribes and political affiliations.

…”While the current administration is busy painting a very rosy picture that they are fighting corruption at all levels in the country, CDEDI is appealing to all Malawians of goodwill to step forward and demand answers from President Chakwers and his Tonse Alliance government,’’…….reads the statement in part.

CDEDI says it is shocked with Dr. Chakwera’s deafening silence on the National Oil Company of Malawi where one of his cabinet member has been implicated and reported to ACB for action and sleeping in depots by beneficiaries, adding if his leadership was not an absent one, he would have fired his Agriculture Minister, Hon. Lobin Lowe for gross incompetence.

The organization says the president has allowed some his officers to become untouchables citing the current Chief of Staff at the State House who is now driving a Toyota V8 and his failure to tell Malawians the outcome of his investigation of the K12.5 Million State House–Crossroads Hotel accommodation involving his Chief of Staff and the Director of Finance at State House.