by Pempho Singo
in Entertainment, Music
0 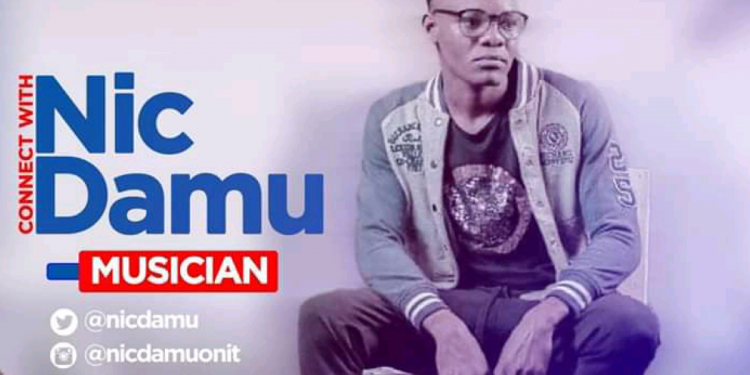 Born Horace Sabwelera Nic Damu is a rapper based in Lilongwe in area 23 township and he majors in afro rap.

Just last month he released a song called Ndalimba and he plans to release it’s video in mid December. The song talks of a man who is from the lower class, who works hard and tells his woman to hold on to him and not to listen to what society tells her about poverty and love.

The song features a Blantyre based artist known as Tijah. Asking the rapper what he sees in the artists he works with, he responded that he sees the maturity of the other person’s music . If he likes the music done by the other person then he can work with that particular person with no questions asked.

Ndalimba was released on 10th October by DJ Love on radio 2 FM. The song was produced by FK beats in Blantyre while the instrumental was made by DJ OK from Lilongwe.

Ever since he started singing in 2018 he has faced financial problems but managed to survive by picking up himself from where he left the last time.

Nic Damu joined the music industry because of the people he grew up with where many of his friends were musicians and he had to learn from them. So far he has worked with Malawi’s top afro pop artist’s like Janta. Nic Damu currently is an entrepreneur.