by Alick Chisi
in National, News
0 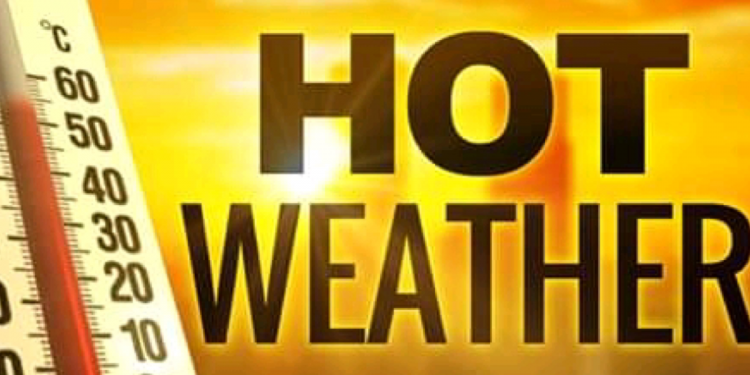 The Department of Climate Change and Meteorological Services (DCCMS) has cautioned the public that parts of the country will experience a pick in thunder activities associated with strong winds mainly over the south.

This is according to the department’s weekly weather forecast which has been released on Monday, 2st November.

The department predicted that most areas in the south, centre and north of the country are expected to experience mostly hot to very hot and mostly sunny weather conditions this week.

MET says as from Sunday 1st November to Monday 2nd November 2020, most areas in the south, centre and north of the country are expected to continue experiencing hot to very hot weather conditions associated with scattered thunderstorms.

It is reported that the thunderstorms which are likely to be heavy mostly over the south, central highlands and along lakeshore areas, are due to passage of an area of interaction of airflow from the south east with warm airflow from north east.

“As from Tuesday 3rd November to Sunday 8th November 2020, most areas in the south, centre and the north of the country are expected to experience mostly hot to very hot and mostly sunny weather conditions with few occurrences of thunderstorms due to the influence of warm airflow from the east and south east.

“During the month of November, most areas do experience a pick in thunderly activities mainly over the south. The occurrence of thunderstorms is associated with strong winds, thunder and lightning and can cause damages to property and life. ” Reads part of the forecast.

The general public has since been advised to take precautionary measures such as being in doors, avoid playing on an open ground, avoid seeking shelters under trees to avoid being struck by lightning whenever thunderstorms occur within the vicinity.

MET has further advised road users to excise caution when driving and has since urged the public to Due to drink plenty of water to stay well hydrated due to continued hot weather conditions.

The public is further advised to religiously pay undivided attention to the continuously available daily, 10-day and weekly weather updates from the Department of Climate Change and Meteorological Services to be kept safe from any weather related threats.

Meanwhile the highest maximum temperature of 40 degrees Celsius was reported at Ngabu Meteorological Station in Lower Shire on 29 October 2020 and a highest daily rainfall amount of 47millimeters was too reported on 27 October 2020 at Ndirande Hill Secondary school.