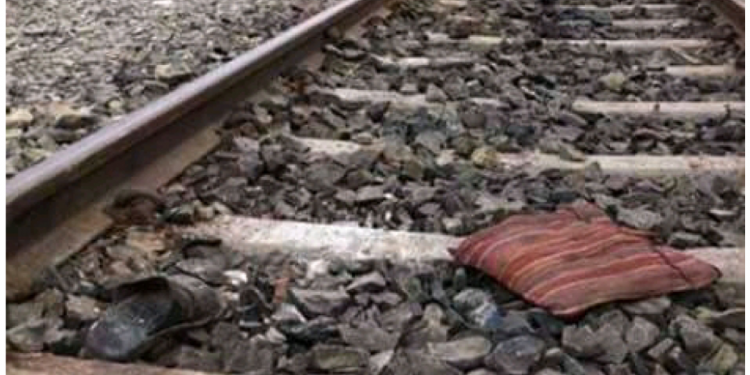 Central East African Railways (Cear) on Wednesday engaged communities in Machinga to sensitise them to abide by preventive measures along the railway line to curb accidents.

Cear was jolted into action after a video clip went viral on social media last week showing two women who escaped death by a whisker while crossing the railway line.

The incident happened when a coal locomotive with at least 120 wagons was passing by Liwonde Station heading to Nacala Port in Mozambique.

Kaudzu speaks during the meeting with Cear officials
In its preliminary investigations, Cear has established that the two women from Balaka came to Liwonde to visit their relation at St. Theresa Primary School.

The women told Cear officials that it was not their intention to cross the railway line as the locomotive was approaching.

They claimed that they did not see the locomotive as they were behind some stationary wagons that were offloading fertiliser at the station.

In an interview, Cear spokesperson Chisomo Mwamadi said though death was not registered, they still regard it as an accident.

“We appeal to people to observe railway signs, locomotive signals like horns as well as use the level crossings and flyovers along the railway lines if accidents are to be mitigated,” he said.

On his part, group village head Kaudzu asked Cear to construct flyovers and pedestrian crossing points in busy places such as Liwonde to prevent likely accidents.

“As chiefs, we will amplify these accidents preventive measures,” he said.