by Chaweya Mzembe
in News, Religion
0 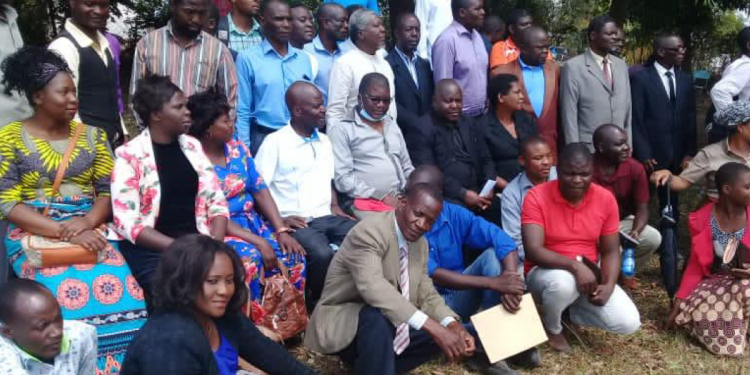 0
SHARES
203
VIEWS
Share on FacebookShare on TwitterShare on Whatsapp

The fact is that Rev Kamasamba formed the mentioned religious movement aiming at praying for Dr. Lazarus Chakwera to be the President of Malawi.

In this movement he mobilized about 300 Pastors to join hi of which he managed and God answered their prayers positively, in the sense that Dr. Lazarus Chakwera is now Republic Of Malawi’s State President.
Soon after Dr. Chakwera was sworn in as the State President of Malawi, Rev Kamasamba gathered all pastors who were part of the Kwacha Kwayera Religious Group and told them that the President was happy with the outcome of their prayers.

In his words, the Reverend added that he was the religious adviser to the President and that he was assigned by the first citizen to distribute MEDEF LOAN FORMS for every pastor who prayed for him to get a ONE MILLION KWACHA LOAN, from MEDEF, as a token of appreciation. Beside President Chakwera to be the surety.

“We were told to raise K4,500 each. K2,500 for Dzuka Kwayera Religious group membership fee and the remaining K2,000 for the group’s Identity Cards, all the contributions were collected by Rev Kamasamba himself, being the group’s national director.” Quoted one of the pastors.

When the presidential religious adviser was announced, and that the person was not their national director, they called Rev Kamasamba immediately who picked the call and said nothing in regard to his promised loan and even Kwacha Kwayera’s identity cards.

After discovering that they have been deceived, the disappointed members of the clergy, with urgency met at Museum in Blantyre, on October 21, where about 150 pastors were present after paying an entry fee of K200 to museum management.

“Until now Rev. Kamasamba is nowhere to be seen and we have been victimized financially, we gave him K4,500 each and now K200 for our meeting place entry. We need our money to be paid back or else the loan must be given to us, we can not be used and dumped by an ambitious pastor who thinks has reached his goals.” Concluded the pastor.