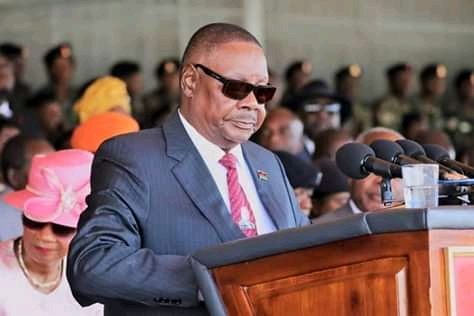 Former President Peter Mutharika has been named as this year’s recipient of the Uhuru/Raila Peace-Accord Honorary  Award at the 5th London Political Summit and Awards 2020.

A letter signed by summit chairperson Pauline Long dated September 22 2020 states that Mutharika’s presence and contribution to the virtual summit next Tuesday will help address socio-economic consequences of globalisation in view of Covid-19 and post-Brexit relations with Africa.

Reads the letter in part: “As a great leader and an inspiration to many, we would gladly appreciate your presence and summit theme contribution as we hope to tap into your wealth of knowledge and vision of the new world post-Covid and post-Brexit 2021.”

Efforts to get Mutharika’s reaction yesterday proved futile as his personal secretary Linda Salanjira did not pick up our calls on numerous attempts.

The Uhuru/Raila Peace-Accord was created in 2018 by the London Political Summit following a truce between Kenyan President Uhuru Kenyatta and former prime minister Raila Odinga on March 9 2018 after a conflict that emanated from a 2017 general election.

In October 2018, Vice-President Saulos Chilima also delivered a keynote address at the London Political Summit and Awards where both Kenyatta and Odinga were given the very first award.

Mutharika, an international law professor, became president in 2014 after taking over from Joyce Banda who ascended to the presidency following a constitutional order in the aftermath of the death of Mutharika’s brother, Bingu, in April 2012.

But while Mutharika triumphed in the May 21 2019 Tripartite Elections, Malawi Congress Party (MCP) and UTM Party challenged the presidential poll results in court, citing massive irregularities that included use of correctional fluid Tippex to alter figures on results sheets.

On February 3 2020, the High Court sitting as a Constitutional Court in Lilongwe nullified the presidential election and ordered a fresh one.

The historic fresh presidential election was held on June 23 2020 where MCP leader Lazarus Chakwera, who led the nine-party Tonse Alliance emerged winner with 58 percent of the vote against Mutharika’s 38 percent.