Job seekers Cries foul over the walk away interview results 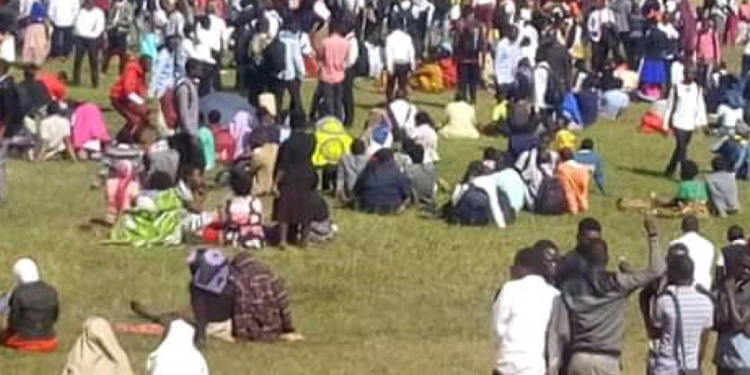 Job seekers who were interviewed by the Ministry of Health in June this year in the controversial walk-in interviews, have expressed worry with the delay in releasing results.

Over four months ago, thousands of Malawians thronged interview venues that were set by the ministry in almost all the districts aimed at identifying about 2000 Health Surveillance Assistants (HSAs) to beef up the health sectors’ human resource in the wake of Covid-19. Some of the candidates we have spoken to say are still in the dark on their fate, though authorities assured them that results would be out within reasonable time.

“We are very concerned with the silence because we were expecting an update by this time,” said one of the interviewees who preferred not to be mentioned. He said it was a hectic day coupled with expenses just in an effort to get a job, adding the silence from the ministry is frustrating.

“We borrowed money from people with hope that when they pick us we will refund them, but we haven’t heard anything from authorities and we have started thinking that maybe the government played us,” he added.

Ministry of Health Spokesperson, Joshua Malango, however, says the ministry is currently shortlisting the successful candidates whose names will be released in due course, but could not tell the exact date.

The walk-in interviews attracted thousands of young Malawians across the country more than the figures estimated by the ministry, exposing the worsening situation of unemployment among the youths. On the day, over 100 people in Mzuzu sustained different degrees of injuries in a stampede as they struggled to try their luck.

Two months after the incident the Tonse Alliance got into power with a promise of over one million jobs for the youth s in the country.