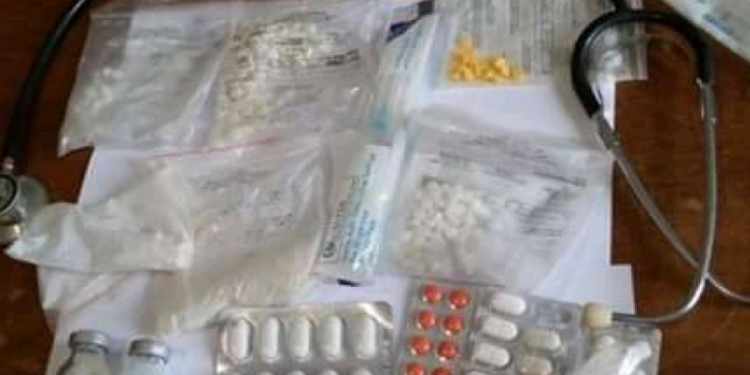 Police in Dedza are keeping in custody 62 year old man Allan Mandevu Zenengeya for operating a clinic without license.

On Thursday August 20, 2020, at around 09.00 hours the Criminal Investigation Department (CID) were on a routine rural general observation at Tsatamanja village in Traditional Authority Kachindamoto in Dedza when they followed up
information that the above mentioned suspect operates an illegal clinic.

Therefore, a search was conducted at the house of the suspect and three patients were found admitted in a makeshift clinic and one was critically ill. Three bottles of benzathine penicillin, one syringe, one stethoscope, 38 tablets aminophylline, 58 tablets Amoxicillin, 118 CPZ tablets, 60 phenobatom, 10 tablets Doxycycline, 20 Bactrim and 18 tablets Ciprofloxacin were found at the suspect’s house.

The suspect was previously convicted back in 2016 on a smilar offence and he was then fined MK30,000 cash.