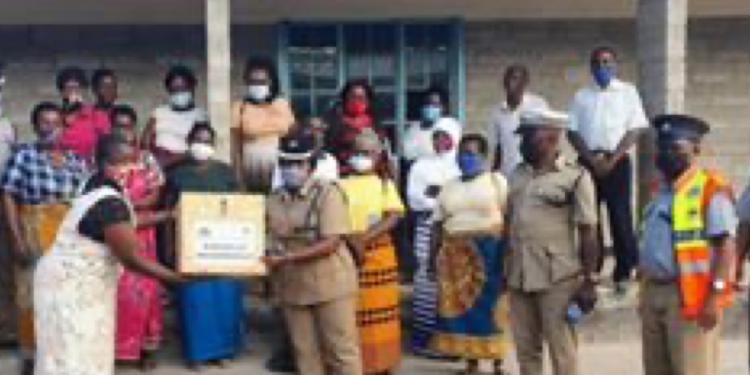 1
SHARES
30
VIEWS
Share on FacebookShare on TwitterShare on Whatsapp

In a bid to curb increase of child marriages and teen pregnancies in the wake of COVID-19
pandemic, Mangochi Police Station on Wednesday organized a sensitisation meeting aimed at
advocating for the rights of the girl child.

Senior Superintendent Mwizamose Nyoni said the COVID-19 pandemic has come with its own
challenges which require concerted efforts.

“There have been reports that since the closure of schools due to COVID-19 pandemic there’s an
upsurge of child marriages and teen pregnancies in our district. This is a sad development considering the fact that the Police are not aware of some of these violations on child rights.

“We have brought this complaint box to create a flexible platform for reporting abuses, because
some of these nasty behaviours are done by close family members and are not reported.” Explained Nyoni.

She further called for collaborative efforts in the fight against child abuse and promotion of girl child rights.

She said: “Let us always remember that any person who is under the age of 18 is regarded as a child and it’s everyone’s duty to protect them. Those who molest these young girls deserve to be punished so let’s work hand in hand in fighting against the vice.”

Nyoni also urged the members to implement the district by laws on girls education, sexual rights and reproductive health.

The Primary Education Advisor(PEA) for Koche Zone, Mrs Babra Mtepuka, commended the Police for their unrelented fight against child abuses and for handing over the complaint box.

“This box will be used as a confidential way of reporting matters of concern which many young
girls are facing in the area. The box will be emptied once in every week at Koche Police Unit in the presence of selected members and HRDC representatives,” said Mtepuka.

Mangochi Police also handed over a pedal bicycle donated by UNICEF to an oversight committee for Koche police post which has just been elected to combat crime and violence.
Lately the nation has been startled with news that over 7000 teenagers have been impregnated in Mangochi.