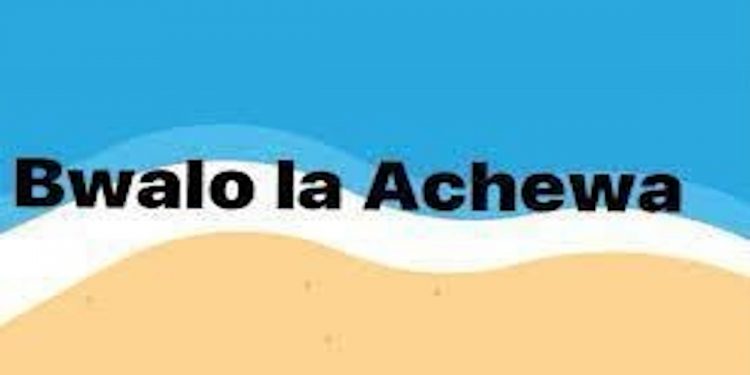 Bwalo la Chewa Foundation Heritage (BOLA – CEFO) says uniting all the Chewas in Malawi will empower them to grow economically, politically and wisdom.

Bwalo la Chewa says it is happy to have registered as the first NGO heritage in Malawi, asking its members to continue fighting those that are spending sleepless nights planting seeds of divisions for it not to achieve its intended outcomes.

The organization claims that the Chewa heritage has taken years to be known in Malawi because of the Chewa themselves saying they are good at pulling each other’s down and hiding their identity afraid of being turning into laughing masters, a Chewa a Nyau.

Speaking during a National Governing Council ( NGC) meeting held in Dowa, National Executive Director for the grouping, Reverend Flywell Somanje, asked the members to follow the principles of the late first President of Malawi, Ngwazi Dr. Kamuzu Banda, preaching oneness regardless of tribes and regions, that all are the Chewas, are one and from one family of Nyangu at the Chewa headquarters of Mankhamba.

Rev. Somanje lamented that the Chewas beside being the largest tribe on the land, is powerless as compared to other tribal groups claiming that respect over their Paramount Chief has made them to be where they are today, with one Paramount Chief, Dr. Lundu.

He asked the Chewas to be proud of themselves that they are Chewas by respecting their Paramount Chief, Dr. Lundu as His Royal Highness saying this will make them to fly the Chewa flag high wherever they are in Malawi.

….” Bwalo la Chewa has grown reaching in districts which many thought are for the Lhomwe’s . There are 137 Chewa chiefs in Malawi, all are under His Royal Highness Paramount Dr. Lundu,”…he said.

Rev. Somanje advised the newly delegated members of the NGC to continue providing good policies of running the affairs of the grouping for the people to trust them.

He advised those who have been used to go to Mkaika in Chipata, Zambia, to democratically be doing so, but as for Bwalo la Chewa, they will be holding their annual Chewa heritage cultural festival within Malawi in Chewa districts rotational basis.

Meanwhile, Bwalo la Chewa Foundation has cancelled all the preparations for this year’s Chewa cultural festival which was planned to be held in Chikwawa due to the deadly Corona virus pandemic, encouraging its members to continue observing the precautionary measures of preventing the further spread in Malawi.