by Chaweya Mzembe
in Health, National
0 0
0 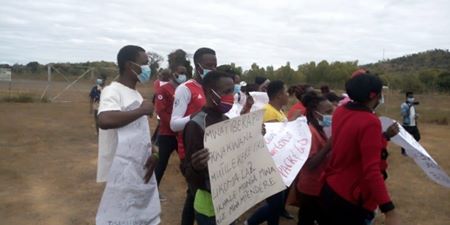 People in Likoma have held demonstrations in a bid to force the closure of the office of Director of Health and Social Services for the district.

According to a letter sent to the Principal Secretary
in the Ministry of Health, the community is accusing the Director of Health and Social Services in the district of absconding from work since April 2020 and failing to account for Covid-19 funds.

Following a national audit reports released in 2019,
whichindicated that over MK 3 Million is unaccounted for, the community has also demanded that all officers involved in audit queries must be suspended, investigated, and if found guilty, must be prosecuted and jailed.

In an interview, area development committee
chaiperson for Likoma Martin Mnkhwamba said if
government does not address the challenges, the
community will return on the streets to demonstrate.

Efforts to speak to Weston Nyirenda who is the
District Health and Social Service Officer proved futile
as his phone went unaswered after several attempts.