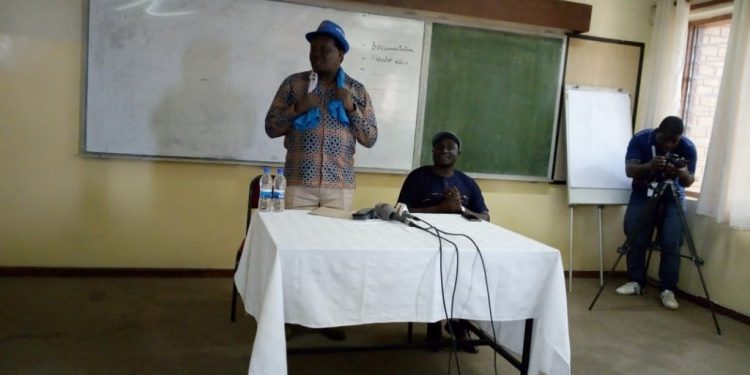 DPP officials Mark Botomani and Nicholas Dausi addressed a press in Blantyre explaining of some violent incidences taking place during the Elections.

In the press briefing DPP Spokesperson Nichola Dausi says they are deeply concerned with the events that occurred before the poll.

The party has lodged complaints to the MEC and said they are worried that the impacts of the incidences had an effect on the Elections results as their supporters were being intimidated and harassed.

Dausi says 8 DPP monitors are missing, they were taken by gule wamkulu.

Dausi was reading a detailed report on the violence that their monitors have faced.

He says it is clear that the MCP and UTM have done this on purpose.

He calls on MEC to look into the incidents and bring justice on the table before announcing the presidential results.